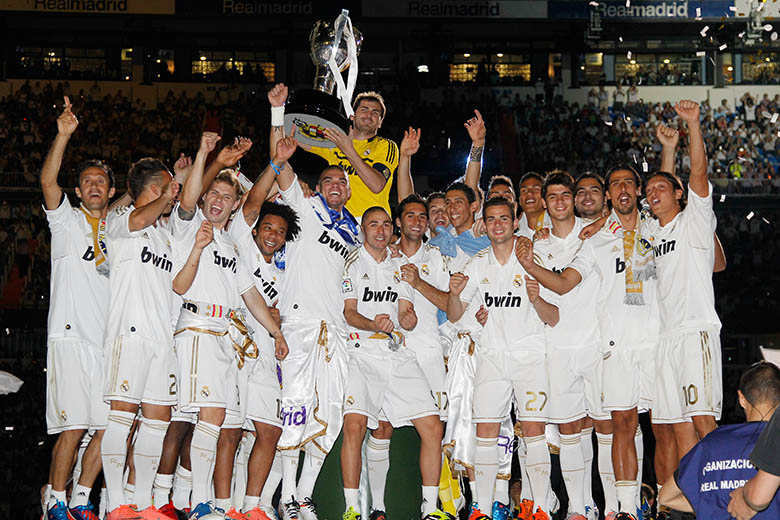 Real Madrid is somehow expected to be the champions, but during the prime of Spanish soccer there was an intense competition in the league.

As it hadn‘t worked out in the previous two years, we were already somewhat under pressure. Real Madrid needed and also deserved a title – no doubt! The crucial match was definitely the second leg against Barca with only four games remaining for the finals. It was a real battle and I even scored the opener. We didn’t only break the scoring record in the Spanish league, but also won 2:1 in the end. Standing 7 points ahead in the league there was no one who could take that lead from us.