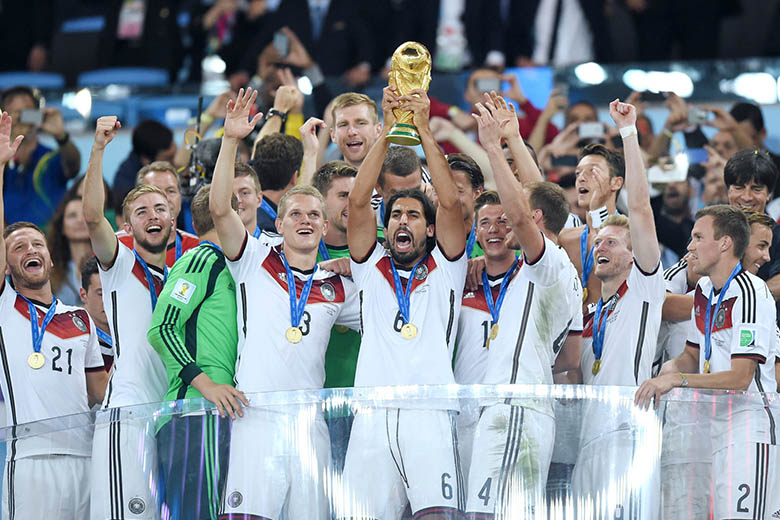 Our summer fairy tale and the dream came true! Germany 1, Argentina 0. And then there was Mario’s goal: totally insane!

Viewed from the outside the World Cup seems to be like a big party for the players. Great hotels, great stadiums, exciting sponsor events, first class trips and being accompanied by a police escort to the stadium. Seen from the inside the reality is a little different. Including the preparation in South Tyrol we almost spent 2 months together. In total we were about 60 people. Coaches, trainers, doctors, physios and all the players. There is a lot of pressure. In order to be successful everybody has to get along fine. For me, the success was due to the tremendous team spirit that we developed throughout the whole tournament. We all knew that we “had what it takes”, however there can only be 11 players on the pitch. But we were all pulling on that one string! We were all very happy for Miro Klose breaking the scoring record. The press probably still sees Per in the ice barrel and eventually Mario makes this incredible goal in the extra time of final match.